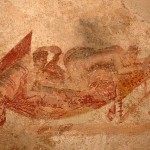 This is only a few information on Italy’s next default

From 2007 Calabria’s rangers (increased by 2000 units, 13000 in total) were “transferred” to the “province” administration, so that to be invisible on the Italian National accounting.

The anomaly is now at the “province” level: Calabria’s provinces (2.011.000 inhabitant) have the double of employees compared to Lombardy’s provincial administrations (9.924.447 inhabitant) .

But Sicily (5.050.539 inhabitant) does better: there 25.000 regional forest rangers are “employed” into 25.711 kmq ( compared to 70.000 of the whole Italy! ) while the regional parks are less than 2000 Kmq. Following the Sicilian standard, they were recruited in 2006 by the regional “agriculture” delegate 2 months before the new elections. All these people will retire after only 20 years of work below the special autonomy regional law.

Sicily registers the world record for public executive officers, and more than half of the Sicilian regional GDP is made by the regional public employment.
In Sicily lives Felice Crosta, the retired most paid in Italy (who worked only for the regional administration), 41.600 euro/month (yes, 41,6 thousands per months). Calabria, Campania, and other regions are the real responsible for the Italian default.

This is some other estimated data to consider:

* 2 millions of public workers in excess
* 1.000.000 person with state aid for false invalidity (2,7 milions of invalid on 60 millions inhabitants, four times more than France and Germany, which have 80 million inhabitants each) .
* 500.000 retired public workers with more than 100.000 Euro/Year
* Lots of regional delegates get 10.000 Euro/month for 2 days of work and they retire when they’re 52.
* 12.000 Euro/month for regional presidency (and a lot of “benefits”)
* 15.000 Euro/month for 5 days of work (national representatives)
* Thousands of retired at 50 years old or less
* Sicily region takes ¼ of the total expenses for all regions
* Rome province receives 20% of the total expenses for all provinces
* 1 billion Euro given by the state for the “trash problem” in Campania region
* 1 billion Euro debt in the Healt Service in Campania region
* the president of Bozen provincein Trentino Alto Adige (350.000 citizen) gains more than the president of France
Etc Etc

When OSCE asked Italy to keep people working longer, they asked to keep on longer with unjustice and the parassite way of life of the southern 1/3 of the Country.