Index on the hoax of legal representation

When in 2014 I became aware of the theory of individual self-determination, which at the time was called OPPT, I was very impressed. 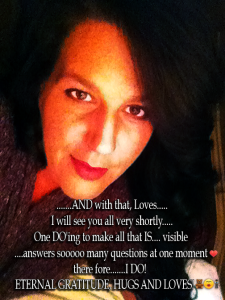 Developed by the alleged lawyer “Heather Ann Tucci-Jarraf “, the theory stated that states are actually gods corporation in the sense of private companies.

According to the lawyer, this could be verified through the search of the registrations with the Security Exchange Commission (SEC) , the supervisory body of the US stock exchange.

The assumption also stemmed from the idea that state officials, including judges and law enforcement agencies, they are officials of a private company, so it would have been enough to notify them of a specific act to free themselves from their yoke. Furthermore, the essence of a private entity of the alleged states allowed them to go bankrupt as a private entity, but not only.

The theory assumed that in reality it is a slave-like system, which is based on the fact that at birth individuals are placed as a guarantee of the public debt of the State-Corporation. Practically, at birth individuals would be considered objects, or as missing at sea, and registered in the registry with a stratagem to be non-persons or human beings, but as a trust or as a legal fiction.

The assumption and demonstration of this last step would be the existence of a papal bull that would regulate slavery.

However, the lawyer indicated how we could free ourselves from this system, that is, by filling in special declarations following a specific particular procedure, almost sacral, which allowed them to become representatives of themselves, i.e. its legal representatives. But of course the thing was cloaked in esotericism, of hidden things, so it was also necessary to recite precise formulas and use particular precautions such as colored inks, write in PaRtIcOlArI MoDi , and other precautions.

Descended on the Italian reality, this meant being able to disavow the Italian State, and gave an explanation of a de facto private management of the Republic.

I tracked it down today (26/10/22) the first post of 2014 with whom I was already talking about the fact that in reality the theory of the Corporation States is easily demonstrable as false.

In fact, in that post I showed that while it is true that the SEC is registered with a company that is called “ITALY REPUBLIC OF”, but it is also true that it does not correspond to the Italian Republic but is instead its property, a publicly owned company.

In fact, with the Chamber of Commerce registration of the Italy Republic of (IrO) I had ascertained these facts:
– IrO is a company founded in 2001 according to the law of 1934, was not founded in 1934 as the leaders said “exponents” Italians of the “Legal representation” . For other in 1934 there was the Monarchy and Fascism, the Italian Republic did not yet exist, how did they believe such nonsense ? Simple, they don't even know how to read a certificate of incorporation.
– the survey shows that the Italy Republic of is owned by the MEF, that is of the Italian Republic, the documents show that it is used exclusively to sell public debt on the US market
– the chief executive of the IrO was initially the Italian Ambassador to Washington, nowadays he is a London accountant (which suggests that part of the public debt is lost in the passage to the detriment of the taxpayer)
– the Italian Republic is not a Corporation understood as a private company, is not owned by a symptomatic USA inc, it is not subjected to UCC
Here she is Chamber of Commerce of the Italy Republic of.

So already in 2014 I had proved that the OPPT theory was a hoax, because not only is it not true that all states are registered with the SEC, in reality there are only a few financial companies that some banana states have called by the same name as the state that owns them. But what's more, analyzed one by one, it is clear that they are state owned companies, not the states.

It took me a week to investigate, but at least immediately I verified that the theory was based on false assumptions, so I abandoned it. There are people who have studied these documents for years, even lending itself to the rites of which I speak below.

To my amazement I discovered in the 2020, and today in 2022, that the theory is still far from dead, but it has become a real business involving many thousands of people.

The fact is that there are a large number of people who want to believe these things, because it simply repudiates any public authority. In fact, this theory already existed before Tucci, and it was typical of the anarchist-libertarian current of the United States.

And unfortunately in the face of the evidence i “theoretical” of this hoax do not give up, they simply fix the theory with some other element, in turn bogus and unfounded to a punctual verification.

Thus the OPPT theory in Italy has in the meantime changed its name several times, has been called “single people”, “sovereign people”, “Legal representation ” etc. etc.

We have many self-styled experts on the theory, like Barbara Banco, the Valkyrie, in Tiamat, Vanoli, Pironi, Fettolini etc..

but not only, we also have movements that have argued for the veracity of this theory, including Venetian movements such as “Committee of National Liberation Veneto”, i Venetkens ed altri, these certainly got paid a lot of pennies for their club based on telling people about this hoax of individual self-determination mixed to the real things of Venetian national self-determination almost entirely elaborated by me.

All these people who give lectures, corsi, seminars on the topic started with OPPT, all repeat more or less parroting unfounded things, and they don't always do it for free, Rather, recently they told me about a nice round of money, even a theme day costing several hundred euros, and even “academies” costing thousands.

There was a certain Castellino from Verona, who taught many courses, and what time is he in jail.

About that, also the original creator, the Tucci, has been in jail since 2018 for tax evasion. E’ It is comical to read the report of the Tucci trial in which her husband also told the judge that he no longer knew what to say to his children. Note that Tucci has not been declared crazy, for this very reason he is in jail, otherwise it would be in the clinic.

E’ It also emerged that Tucci is not even a lawyer, as for almost all those who support this theory. If there is any lawyer who supports you, know that they are wrong, including Fettolini, but if you want to compare on the subject I am available for public comparison.

I know of closed businesses and reported owners, people who today face charges for many crimes and several years in prison, which means trials for years with insane costs, but who already have to pay tens of thousands of euros in fines, and have closed business.

I know of people who have lost their homes.

I know of parents who at the first bullshit are at risk of seeing their children assigned to social services because they are already reported for having asked the registry for the registration of their children in a manner other than the law, which automatically ends up in the hands of the magistrates.

– States are private corporations registered with the SEC

– the Universal Declaration of Human Rights is an international law

– in Italy the named code applies “High” and the law named “ADMIRALTY”.

– international law is in force in Italy regardless of any ratification

– natural law is a divine law

– the natural law supersedes and prevails over ordinary law

Because I explain all these things that for some are obvious nonsense?

Because thousands of people believe in them who then end up getting into trouble as well.

In the following pages you can already collect some fundamental elements to understand that it is a hoax. However ai can also start from 10 Questions . Anyhow, like all knowledge domains, you cannot deal with these issues if you do not have a minimum of training, and I believe that it is essential to at least know the hierarchy of sources. There is also a video that can be useful.

I am organizing all these elements in a book that will deal with it in a more organic way.

On the People Act, Etc. OPPT a small detail that changes everything

The stupidity of the Corporation “ITALY REPUBLIC OF”

The hoax of individual self-determination

Like Loading...
Lombardy-Veneto like Dombass? That's why they are 156 years of illegal Italian presence The end of the myth of Legal Representation, OPPT and individual sovereignty

It is not an elite that enslaved the world

The current chaotic state of the world is often blamed on an Elite who would control the world. There are those who this organization the “Kabbalah”, Others “deep state”, other political mafia, others the masters of the world, other Illuminati. Mussolini spoke of “plutocracy”. Just to be clear, they would all be directed by the same organization the war,arms trafficking, terrorism,the drug, […]