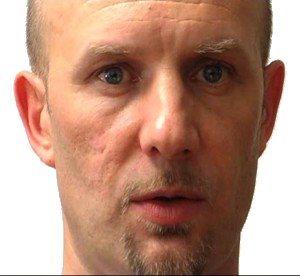 There is no online biography of Loris Palmerini, but they speak the facts deriving from the sites indicated below.

Loris Palmerini was born in 1968 in a charming and prosperous Padua, he is one of those characters that are uncomfortable for power who does not adapt to the system but wants to change it in favor of the citizens.
His complaints have affected a little’ the whole caste, by the presence in parliament of many ineligible in the 1996, to the fact that the Bank of Italy does not pay taxes, violation of citizens' electoral rights, false signatures in applications… these activities led him to a useful study of the laws, until he finds out in the 1997 that the “people Venetian” it was recognized by the constitutional law n.340 / 1971: the law in Article 2 recognizes that the Venetian people have the right to self-government, therefore holding onto the 100% of taxes and being able to ask for independence thanks to the self-determination of peoples recognized by Law no. 881/1977. A right that applies to all Venice, from Bergamo to Udine. But Loris also studied some crucial historical passages of the Venetian people, bringing to light that in 1866 there was no plebiscite, but a violation of international laws and the Lombardo-Veneto treaty, so much so that the voting rules were established by the Italian government still lacking legitimacy, and also voted the Italian soldiers and the “Italian volunteers” without any rights. in 1866 the Italian flag was raised in Piazza San Marco in Venice three days before the vote. It's still, in 2007 published “The Republic unborn” with the evidence that in the 1946 the Italian government temporarily excluded the votes of Istria and Dalmatia, a secret agreement of Togliatti with Tito aimed at ceding those lands. The following year, Istria and Dalmatia and the Adriatic islands were left to Yugoslavia, but only with the Treaty of Osimo was its possession recognized. The fact is that Loris has shown that the failure of those lands and of the soldiers abroad to vote has caused the quorum of the Monarchy-Republic Referendum to fail, making it null and void. The Republic was never born, exactly. in 1999 Loris and others gave way to the self-government of the Venetian people, and later asked the human rights court in Strasbourg to condemn Italy for the violation of human rights they suffer, the lack of a natural judge, which led to the law 212/2010 which canceled the annexation of 1866. The reform of the Veneto Regional Statute in 2012 it prevents any other self-determination because it defines the Venetian people as part of the Region, in violation of international law, for which the self-government of the Veneto people of 1999 it is the only one who can aspire to peaceful legal recognition. Over the years Loris has fought for the recognition of the right to the Venetian language, for the right to Venetian judges, the right that the 100% the remaining taxes in Veneto are provided for by the laws and requested in Strasbourg in 2008. Loris in 2009 he is a candidate for the Presidency of the Province of Padua, MA 500.000 voters were kept in the dark about his candidacy while other movements and people even at the first candidacy had visibility. Several movements have used the fruit of Palmerini's work published on his website to deceive people about their allegedly illegal liberation paths.. in 2016, thanks to several mayors, Loris sent the proposed law to the Region to recognize at least the national minority rights of the Venetians, a law that, for several incredible fortunes, was approved in 2016 as law n.28. It should be noted that the leaders of the League had tried in various ways to block the process, starting with the President of the Regional Council, Donuts. in 2017 Loris Palmerini was in the Constitutional Court to defend the rights of minors from the vaccination requirement which is contrary to the Oviedo Convention, but the Constitutional Court ignored his participation despite representing the Venetian national minority. in 2018 it prof. Police, appointed by Luca Zaia as a lawyer sent to the Constitutional Court to defend the law reg. 28/2016 written by Palmerini, not only did he not defend it at all,and instead of listing the reasons for the law and the discrimination suffered by the Venetians, he declared that “this law is useless”. THE 24 April 2020, in pieno lockdown , with a three-hour broadcast Loris denounced and demonstrated that the Covid-19 pandemic was needed to carry out the project www.id2020.org, which then revealed itself as “grande reset”, also denouncing the falsification of scientific data on the pandemic. In October 2020 Loris denounced the ineligibility of Luca Zaia by virtue of the constitutional law of 2004, and denounced the systematic electoral fraud that has been taking place in Veneto for at least two legislatures. in 2021 he was the protagonist of several interventions in the no-green-pass squares denouncing constitutional crimes and crimes against humanity from the wall of the Italian Government and the Italian and European institutions. Since December 2021 Loris Palmerini started the “Piano Z” to return to the Lombardy-Veneto region through the presentation of an international cause for the “evicted” of the Italian Government from Lombardy-Venetia. In the meantime, he has not forgotten to unmask the mystifications of individual self-determination based on the old OPPT hoaxes.

The site www.palmerini.net has produced millions of pages over the years, with peaks of 1,5 millions a day during the referendum on water, of which he had denounced the falsity of the declared purposes.

You can find other material, articles etc. on the internet looking for “Loris Palmerini” are google