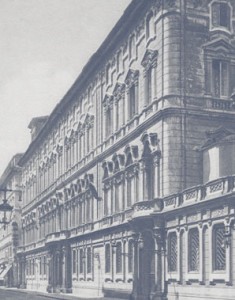 The State Council, the highest degree of Administrative Court, He has set a point about bilingualism.

In reality, he reiterated what has already been said and clarified, riattualizzando the notion that bilingualism is paying the state, but under certain conditions.

in particular, municipal employees that use 2 languages â€‹â€‹in their work, entitled to a pay rise, an allowance, and this is borne by the state.

However, it is not enough that these employees actually use a second language to be entitled to the allowance, and they must have been hired or specially selected for the bilingual role, and therefore that the notice was put as requisitola language skills certified by a special license.

Practically, passing an appropriate exam for obtaining the license, implies the existence of a certifying body; none “self-knowledge” the language yourself so.

Those who work in contact with the public in a bilingual territory must have this license, and must receive an allowance.

The Council of State points out that this allowance must be paid by the state and not by the region or the municipality, and quotes : “
The article 60 the d.p.r. 13 May 1987, 268 so disposes: <<to staff in service in the entities referred to in article 1 above ... in which the bilingual system is institutionally in force, based in other regions with special status, a bilingualism allowance is granted, linked to professionalism, to the same extent and with the same methods provided for staff serving in the local authorities of the autonomous region with special Trentino Alto Adige statute>”

Indeed, it is an obligation of the state to recognize and protect linguistic minorities (art.6 Cost.).

So the same rights and duties that the State Council approved in common, presumably belong to the provinces and regions, regarding personnel employed by the State.

So far the judgment, that reason as support for years, and which has been systematically ignored by all parties and small parties in the Veneto and Po Valley.

The Venetian language has meanwhile been recognized by the regional law, as well as by UNESCO, but this did not change anything.

it was a double reading issued by parliament and therefore having the value of constitutional law, as the representative of the Venetian People, when he asked the council to implement bilingualism, he did so not under the law on the Venetian language, but as a national minority right for the law of the Council of Europe.
THE “national minorities” In fact they have specific rights that the law 302/1997 recognize their.

This is because the state refuses to recognize the Venetian language, and unfortunately the recognition of linguistic minorities is a competence of the state.

But the recognition of minorities belong to the regions, and the Venetian people are already recognized.

The Board Galan did nothing, violating these laws, and well 13 years no substantial implementation of international law has not operated.

For the future, not much is to be expected, already last year Zaia declared that the “Veneto” it is not a language .

But by law, Venetians have the right to speak their language in public offices, and therefore must have the license dipedenti

The first thing to do is the institution of a license .

We will soon see if this Northern League class is liberation from Roman bureaucracy or Rome's trick to enchant the Venetians with fairy tales..

Judgment of the Council of State

the Veneto Region Elections incompatible with the Treaty of Lisbon (and unconstitutional) Zaia swears the self-government of the Veneto people: a mass distraction

Lombardy-Veneto is militarily occupied by Italy, explained in 20 minutes

In these 20 minutes of explanation show why Lombardy-Veneto is not legally Italy, it is only militarily occupied. https://youtu.be/XM01zNE8Ieg?t=2418