“We are all slaves”: another nonsense of OPPT, This hoax with variations in the past, alchemici. 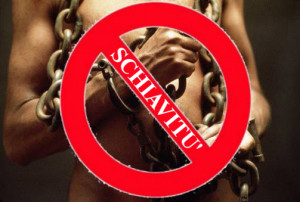 This hoax with variations in the past, in particular we would be slaves from the papal bull of Pope Boniface VIII. of the 1302. It is said that has been “discovery” this bubble  .

From these assumptions some individuals and groups push to say that we would be made to secure the financial system from birth, and yet also states would be registered as “what's this”, that the Corporation. There are those who even go so far as to say that this system of slavery would also be of alien origin and even managed by aliens today.

(Caution: in this same site you can find many demonstrations that the media-party-banking system is mafia and subversive, actually exploits us, you depreda, deceives systematically, and it does so by violating the laws that officially declares its respect, violating even the constitutions and treaties, putting the power and psychopathic criminals sociopaths. This website and my last 25 years of life were spent to spread the knowledge of this, to make known our rights , in order to arrest them for their violations. I have shown that we are not absolutely legally of their slaves. Assuming that criminals control to do things “legally” (assumption and other OPPT) on the one hand we recognize a legality that they do not have, and we shouldn't even assume that they have it, on the other hand we end up putting ourselves in the wrong by pursuing illegal ways such as the declaration of illegality of the system, ending up getting into even worse troubles than those hypothesized. We have absolutely no need to get into trouble).

On hypothesis that states are corporations I have already shown here that it is nonsense, and on the hypothesis that UCC is valid all over the world I wrote here (not even in the US is the UCC a code, it is only a reference document – or reference standard- that the individual states implement in a manner well differentiated).

About slavery, with a quick search I easily found in 1956 was issued the “Supplementary Convention on the Abolition of Slavery, the slave trade, AND INSTITUTIONS AND PRACTICES SIMILAR TO SLAVERY” dell'ON, It came into force in 1957, and which Italy has also signed.

On the first June 2013 are signatories 123 States, which does not mean that other states of the world foresee slavery.

This Convention 1956 not only it prohibits a series of typical practices of slavery, but in particular it requires states to provide for the crime of slavery, for which art. 6 recital “The reduction into slavery or the instigation of a person to alienate their freedom, or that a person dependent upon, to make himself a slave, constitutes an offense under the law of the States Parties to this Convention and persons convicted thereof shall be liable to punishment; this also applies to participation in an agreement for this purpose, the attempt and the complicity.“

To prove the Italian criminal code recognizes slavery as a crime under article 600 which reads “Anyone who exercises powers over a person corresponding to those of the right of ownership or whoever reduces or maintains a person in a state of continuous subjection, forcing her to work or sexual services or to begging or in any case to services that involve exploitation, is punished with imprisonment from eight to twenty years.” . To tell the truth, the crime existed long before.

For more, even the Papacy has long since denied the right to slavery,I easily found on the net that Pope Gregory XVI, in “On the last day apostolate” of the 3 DECEMBER 1839, addressing the participants of the IV Provincial Synod of Baltimore, he recalled how his predecessors had already condemned slavery on several occasions, stating among others that “…. with our apostolic authority we admonish and strongly implore in the Lord all the Christian faithful of every condition that no one, henceforth, dare to use violence or strip his possessions or reduce anyone to slavery….” and you do not need to add another position on the papacy.[amazon_link blood = '8877819502,8815246037,8892105329,8815149686′ template=’ProductCarousel’ store=’lopindiloripa-21′ marketplace=’IT’ link_id=’ b0be756a-35a4-11e7-a290-85d5968e54fd’]

It took me little to verify that the assumption of slavery or “property” of human beings at the basis of the OPPT discourse and of individual sovereignty is colossal nonsense, and it was enough to search and verify the’ hired to prove false.

So instead they have even lawyers who charge 700 Euros compensation for alleged causes of the damage suffered, and I fear that we are facing an epochal scam, certainly a trap for fools.

In any case, it is really foolish to assume in any way that this slavery hoax is true, It would simply be illegal and a simple criminal complaint would solve the problem.

Anyway, If someone feels their slave (and perhaps in fact it is reduced to misery by this system based on bank usury) he can always go to his own municipality and file a notorious deed, but I recommend you contact a notary, both so as not to waste time officials (that surely will have more to do and there will be prepared on the issue) and both because in this way you will be protected from any mistakes yourself and the official.

With this text I have unmasked another fundamental starting point of OPPT and individual sovereignty,  I have exposed three fundamental points and everything else falls down like a castle, no card, but of nonsense.

Send this information to those who believe in these hoaxes, Please let them turn, because there are good people in good faith who are ruining themselves in the courts by demanding absurd things that can only lead them to serious trouble. Also report anyone who induces you to pay money by making you believe that you are a slave or someone's property: probably it is they who want to seize your wealth, first putting you in difficulty and then inducing you to accept solutions that will reduce you to misery and legal ruin.

On the People Act, Etc. OPPT a small detail that changes everything

U.C.C. not worth outside of the USA

NATURAL LAW IS NOT’ A LAW

More and more people slaughtered in pursuit of individual sovereignty

U.C.C. not worth outside of the USA Unveiling the’ TISA secret agreement to destroy the states

Lombardy-Veneto is militarily occupied by Italy, explained in 20 minutes

In these 20 minutes of explanation show why Lombardy-Veneto is not legally Italy, it is only militarily occupied. https://youtu.be/XM01zNE8Ieg?t=2418

Here's how the election scam works

The Italian democratic system has been non-existent for decades, what we are seeing are not elections, but a well-organized fraud. I have proved this many times, most recently with the Veneto Regionals of 2020. In a nutshell I try to describe the system, and what I describe is the result not only of studies, But above all […]