Matteo Bassetti proves not to be a credible scientist, Here because. 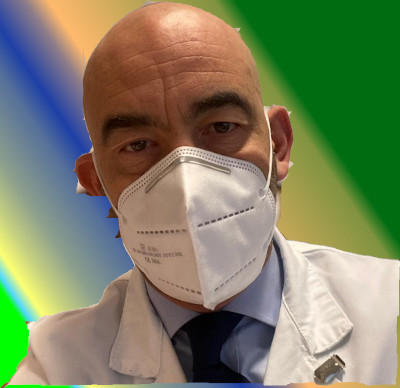 Sorry to say, but Matteo Bassetti , infectious disease specialist, has proven not to be a credible scientist, and here's why.

THE 15 March 2020 MatteoÂ Bassetti has published in Facebook the message ” …Â that I received [..] from the son of one of the patients who became infected at San Martino due to the cluster caused by a no-vax healthcare professional”.

Put like this it is an attribution of responsibility , of certain cause and effect, and given that it comes from one of the most well-known whistleblowers on the Covid-19 pandemic this certainly generates fear in the public for unvaccinated operators, and therefore stimulates the hunt for the greaser.

The attribution of responsibility is, however, completely unscientific, why:

– it is not known if the operator was infected, and whether the operator has come into contact with the first infected

– if the operator had been vaccinated , this did not exclude that he was not responsible for the transmission, because it is known in the literature that even vaccinated people can infect others and transmit the infection, and can be asymptomatic,So even Bassetti himself could be responsible for the infection (on the other hand the same thing happens also for the vaccinations of Pertussis, Measles and others, just read the warnings of the products).

When we express ourselves in terms of causality and certainty about biological phenomena, and political indications are given with certainty,It is already certain that you are not a scientist because biology itself offers no certainty, so much so that even the vaccines themselves are not effective in about the 5% of people,While others die from vaccination, and still others vaccinated become disease spreaders because of the vaccine. All of this is in the literature and product information.

So Bassetti's speech is demagogic and pseudo-scientific, but it is clear that it is useful in proposing limitations on people's freedom, including the registration of the vaccination passport which will serve to further limit the freedom of movement in a manner contrary to human rights.

On the other hand, we know that the vaccine business is huge, over 100 billions every year, and that pediatricians certainly gain from making certain covers.

On the other hand, many of the big names too, including the current president of AIFA, Giorgio PalÃ¹, they have received contributions from pharmaceutical companies in the past, indeed, it is safe to say that it is very difficult to do research without their funds.

But scientific impartiality is another thing, we do not pass off politics and part-financing as science, because you lose credibility as a person.