ivermectina: judges order it to be used in the ward for COVID-19 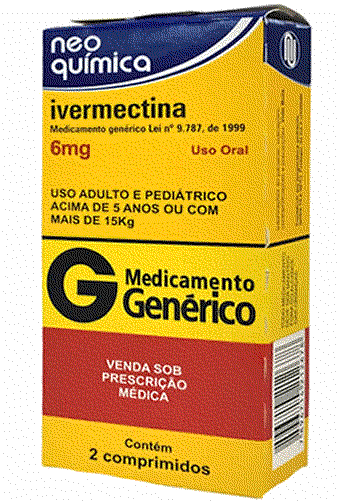 In a Article of 31 August 2021 by Da Li Hai appeared on The Epoch Time it is reported that Judge Gregory Howard, of Butler County in Ohio, accepting an urgent request presented by a patient's wife, he ordered a hospital to administer Ivermectin to treat a COVID-19 patient in intensive care. BUT it's not the first.

In this case, the recipient of the ordinance is West Chester Hospital which is part of the health network of the University of Cincinnati.

The patient is Jeffrey Smith, 51 years, positive result at Sars-Cov2 on 9 luglio, she had received a prescription from her doctor to take 30 mg of Ivermectin for 21 days,it.

But his condition then worsened, so the 15 July was hospitalized and placed in intensive care, but without Ivermectin and with ventilation only at 80% of the volume, which reduces to 30% the odds of surviving .
The hospital informed his wife that it had exhausted all the options of its therapeutic protocol for COVID-19, in short, implementing the usual one “Watchful waiting” of death.

Smith's wife, Julie, had even offered the hospital to exempt them from any legal liability if they continued treatment with Ivermectin for her husband, but despite this the hospital refused.

However, his wife had read in some newspapers about some COVID-19 patients in serious condition who then recovered with Ivermectin, and even in those cases the patients' relatives had to go to court to force hospitals to treat their loved ones with Ivermectin.

Julie then turned to a home care association, the FLCCC, that, like some similar ones in Italy, has adopted Ivermectin as a basic drug in its COVID-19 prevention and treatment protocols.

Julie was handled by the same lawyer as the other cases, and appealed to the judge claiming that there are other forms of treatment whose benefits outweigh the risks.

In fact, Ivermectin used as a drug for the treatment and prevention of Covid-19 has been shown to be effective and safe and this has been confirmed by about 60 studies that have appeared since 2020 and clinically confirmed definitively in the spring 2021.

The efficacy of Ivermectin is also demonstrated by the epidemiological results of the Indian state of Uttar Pradesh, which with a population of 240 million of people (about six times as many as Italy) he has used it systematically in recent months, reaching an average of suns 24 cases of infection daily and also registering no deaths or at most two deaths per day. Uttar Prades is also the state with fewer Covid-19 cases in all of India despite being the most populous state and located in the north where the climate does not help.

Numerous studies and the clinic guarantee the effectiveness of ivermectin against SARS-CoV-2, especially if used in the first few hours, and it is a very cheap drug.

India has developed a protocol and is sending a kit of ready-to-use drugs to people's homes free of charge for the case of infection. Uttar Pradesh is a model for the rest of the world and proves that experimental vaccines are unnecessary.

Ivermectin is a drug approved to treat some parasitic infections, not a virus, but it has been used successfully on millions of people with minimal side effects. E’ so effective that it earned its discoverers the Nobel Prize 2015.

Already at May 2021 the eminent professor Morimasa Yagisawa in Tokyo he had confirmed the very high efficacy of Ivermectin. THE 22 April 2021 a Peer Review study confirmed the efficacy and safety of Ivermectin for the prevention and treatment of Covid. 19. One has even formed international association of scientists , la BIRD, which calls on governments and the WHO to use Ivermectin.

How do all Western authorities deny these facts to the world?

Unfortunately, it is clear that Ivermectin does not appeal to the globalist elite and Western health authorities who are obviously more attentive to the interests of Big Tech and Big Pharma.

Even Dr. Anthony Fauci does not like Ivermectin, it has even advised against its use to treat COVID-19, and unfortunately he is the principal medical adviser to the US president, Joe Biden, and he was also Trump's advisor who, however, torpedoed him when Fauci opposed the use of another drug useful against Covid-19, hydroxychlorichine, which worked in the 40% cases, and its non-use, then confirmed valid, caused thousands of deaths.

Fauci, despite research and the clinic recognize that Ivermectin is effective, claimed that “There is no proof that it works, and could potentially have toxicity”, declaring it to CNN .

Fauci also stated that “There is no clinical evidence to indicate that it works”, but this is denied not only by research and the clinic but also by India and other states.

Even the National Institutes of Health's (NIH) states that there are currently insufficient data to recommend Ivermectin for the treatment of COVID-19.

La Food and Drug Administration (FDA) he even wrote on his website that taking large doses of Ivermectin is “dangerous and can cause serious damage”. The agency also pointed out that the’ Ivermectin for animals differs from that for people because animal medications are often highly concentrated. Obvious.

THE “Centers for Disease Control and Prevention” (CDC) reiterated that the use of Ivermectin for the treatment of COVID-19 is not approved by the FDA.

E’ obviously good that these authorities warn vehemently about the risks of the use on humans of products designed for animal use, because the concentrations for humans are toxic, but it is not clear at the moment why they just scream about this and do not try at all to verify the effectiveness of the product for human use taken at the right non-toxic doses for humans.

Along the same lines of rejection of Ivermectin is the European Medicines Authority, the EMA, and AIFA takes the ball.

In Italy already in May 2021 there was the public denunciation of prof. LUIGI GARAVELLI, Head of the Infectious Diseases Division of the Maggiore Hospital of Charity in Novara, who stated that thanks to Ivermectin the resumption of the pandemic was cut short in some states of India "In a short time". Garavelli also said he was disconcerted by the fact that Ivermectin can no longer be found in Italy.

How is it possible that the West is reduced to making its citizens die?

Perhaps conflicts of interest are involved, patents, or shares of companies that produce the very expensive monoclonal drugs?

Fauci for example had very strong joint interests and funding with Bill Gates, who is denounced by a French journalist as a phony philanthropist, he would use the tax exemption given to do philanthropy using it to manage a hidden system of doing business and not paying taxes. In fact, Bill Gates has already been convicted of tax evasion in the past. The system would be such that the WHO and other entities, media included, they are conditioned to carry out vaccination campaigns and to order the use of products of companies in which Bill Gates has an interest.

Bill Gates is in fact the first financier of the WHO and probably the most influential person in the world also on the WHO and on many media.

The Ivermectin scandal was not enough, the Italian authorities as well as the Western ones in general are today proposing the very expensive synthetic monoclonal drugs as a solution to Covid-19, despite being less effective than the hyperimmune plasma system of the De Donno treatment and despite the fact that natural hyperimmune plasma costs twenty times less than synthetic ones.

If the tax damage is certain, it is just this and corruption and medical malpractice?

certainly not, there is the crime of massacre, why ostracize these cures (Hydroxychloroquine, plasma iperimmune, Ivermectin and others) and denying them in the ward has certainly made thousands of people die unnecessarily. Other than watchful waiting, it's time to go under arrest.

The next 12-14 September 2021 an international summit on Covid-19 will be held in Rome which will be attended by many associations offering vaccine-free treatments . We hope that at least this time the minister and the government will not remain deaf to science.

in the meantime, Japan has seized over a million doses of Moderna vaccines because its toxicity has been verified, and began to arrest someone.

This model of appeal against the obligation to vaccinate over 50, written by me and entrusted to the Human Rights Committee, economic and social (DUES Committee) it is different from the others on the net because it mentions two ratified international laws ( the Oviedo Convention and the International Covenant on Civil and Political Rights) that […]