The old left to die in home beds – a complaint Dr. 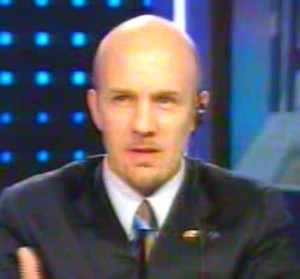 In the RAI TG3 of the 14.20 of the 17 March 2020,A a doctor from in Bergamo or Brescia stated that there are not enough beds in the hospital (referring to those intensive or intensive sub) they are forced to keep in old houses where they left to die in the facts.

It also stated that the infected could easily be 6 times the official figure.

E’ true that the Crown Covid-19 virus is spreading rapidly in, but he knew for months that would come

then the health of Lombardy has not prepared itself sufficiently, especially since it was underpowered with respect to the needs

So today it is no longer able to satisfy the right to health because there have not been enough beds for the emergency, without considering that the current ones have been removed to other types of patients who are too without assistance because places beds were subtracted and services.

But the doctor indirectly tells us that the data on the epidemic are distorted by the fact that swabs are only carried out on seriously ill patients: if there are 6 times as many infected (my breasts) it means that the real death rate of the virus is at least 6 times lower, becoming like that of the flu.

This is the picture that emerges, and it is not for the war against a virus, but the inefficiency and inability of the regional and central administrations.

But beware: it is about inability and lack of planning or this emergency was sought in order to trigger a mechanism of confinement of people in the house

to get there in a programmed manner to the abolition of civil liberties and human rights?

Like Loading...
Corona Virus, an act of war to China to get to the nano chip inserted all through mandatory vaccine. Borrelli confirms that the infected are at least ten times the official ones – As mentioned it is an influence badly managed for lack of means

Vitamin D supplementation to prevent COVID-19 and other viral diseases.

The positive role of vitamin D against respiratory and viral diseases has been verified and confirmed for many years now, enough to be effective in preventing them (or against severe outcomes) until 200 times more than many vaccines .Already in 2020 a study by Fatemeh Hadizadeh has reanalysed the potential of the vitamin […]