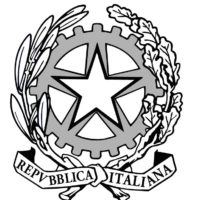 In July 1993 I traveled around Europe together with Joshua, New Yorker, and then spent a year in Liege (Belgium) where I studied at the University.

When in December 1994 I returned permanently to Padua, I found a totally changed country.

The old political class apparently no longer existed (in reality they had only changed the parties and the electoral system to marginalize the voters ). there had been the “descent into the field of Berlusconi” (who actually used to maneuver politics in the rear ) and there had been the attacks and massacres of the mafia (which actually involved state apparatuses).

At that time I was a student of Psychological Pedagogy, but I had a lot more interest in social psychology, sociology and philosophy, and studying these subjects I clearly saw the manipulations that the media implemented, for example in the case of referendums.

In 1995, taken by the desire to contribute to the rebirth of the country and dazed by rhetoric (false) of clean hands, I founded my own political movement, Italy Concrete, thus running into the falsity of the elections and the neo-fascist system of control of the opposition.

I then decided to embrace the only weapon that I still believed possible, that is, justice, and immersed myself in the study of law, but in doing so I discovered even more how much the Constitution and the laws ( especially human rights) were systematically trampled on by the representatives of the institutions themselves, and also verifying the silence of almost all the magistrates who received my complaints.

Despite this I managed in 1995 to cancel the Decree Law “match condition” than for its very existence, and reiteration has made elections illegal since 1994 on, while those of the 1994 and of the 1996 they were also illegal for ineligibility (that is, their election was illegal and void) of many parliamentarians, among them Silvio Berlusconi, Cecchi Gori and others.

Addressing the EU in 1996 I managed to get the advertising removed in the first few 30 minutes of the news, returned about in 2020, at the time there was Monti who perhaps wanted to increase his power in this way. This initiative alone has resulted in a loss of billions of lire a year for some companies,and cost me the perennial censorship, that is, every now and then, on accordion, I was allowed to talk but not about the fundamental things. From 2015 I'm censored on all local TVs. The direct or indirect addressing power of billions is a cancer of democracy.

When in 1996 I denounced the violation of the right to information, false signatures for applications, the plagiarism and systematic electoral fraud of the population, I found myself denounced, haunted, threatened with internment ….. later I paid with an illegal eviction for the benefit of “Magistrate” honorary home owner (the trial was carried out by his magistrate, his room and desk colleague!). Then from 2000 I suffered persecution including lost jobs, a beating by the Carabinieri in 2002, systematic theft of my work and copyright. In 2015 or devised a regional law of the Veneto written in favor of the Venetians to make them recognize the national minority rights, and was approved in 2016 for four miracles and despite the obstruction of the leaders of the League, but it was canceled in 2018 by the Constitutional Court by the specific will of Luca Zaia who did not have it fully defended ……

By reading those complaints you make between 1995 and the 1999 it is clearly and documentally demonstrated that, not only Italy, but the European Union has also been right ever since, by a kind of mafia and subversive gang that claims to be legal but is not at all, and now, in 2022, we also discover to be pro-Nazi and in support of pro-Nazis.

The dossier that you can reach from the following link clearly demonstrates this for the years in question, but just as it took many years and many studies to make it happen, the reader does not think he will understand its content in a few hours.

Before closing this page, I checked the availability of the Italy subversion dossier that I had made When in 2013 the movement 5 Stelle made the Severino law speaking of ineligibility , thus helping to hide what happened in Italy in the 1994 and the following.

You should know that the dossier you are about to read I personally handed over to Beppe Grillo in 2007, also discussing some details. Facts then told by the same on the stage of V-day in Bologna and then also in his blog under the heading “tele-shot-of-state”. Obviously Grillo never mentioned the source, giving credit to a compliant magistrate. Here's what we're talking about with this file: the truth about the reality that surrounds us, the demonstration that a political and criminal mafia has been in the government of Italy for at least a quarter of a century. Before, it was just illegal.

Happy reading to those who will do it.

Conference tea towel “Covid-19: pandemic or attack on freedom” of the 24 April 2020 From a few hundred to thousands of visits per day

Proof by absurdity that “ITALY REPUBLIC OF” it's not there “Italian republic”. Loris Palmerini – 31/5/22 – all rights reserved We assume that the subject registered with the SEC as “ITALY REPUBLIC OF” (from now on IRO) both the Italian Republic (henceforth RI). If so, you should have these demonstrable consequences:1) The […]